“Soon we’ll be updating our cars like we update our phones…..”

The Smart Car market is expected to be worth $274Billion by 2017, and OTA updates will keep you motoring! 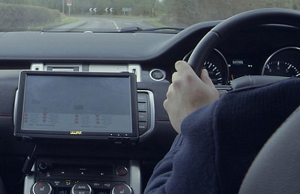 You know the feeling – waiting for a download/update on your mobile – an App or OS upgrade you’re keen to get your hands on – it arrives overnight, and you just have to get it installed!

Excitement or trepidation, it’s another mini-milestone in your mobile life.

Almost all of those nowadays are delivered “Over the Air” (OTA), providing you’re in a secured place, like home or work, where you know the wifi is safe.

Well that’s now coming to cars too – #ConnectedCars as we call them – because the software element of what’s under the hood has been growing over the past 12 years. Up to now, most adjustments (upgrades) have only happened in the controlled environment of a dealership service department, but that’s all about to change. In the next 2-5 years electronic components will represent almost 50% of a vehicle’s manufacturing cost, so faster updates will be obligatory.

Even before the “autonomous” car arrives, #ConnectedCars will become a significant part of our lives in the very near future, for all the ways they will be able help us, and help their manufacturers and others, to improve services, safety, and savings.

We expect our music, our address books, our social messages, and our email, to be available to us anywhere, anytime, and anyplace, so moving them into our cars is a natural, and highly desired, step. On the other side of the coin, the amount of data the cars are destined to produce  will help OEM’s and insurance companies learn and tailor their future offers accordingly.

It will, however, introduce two significant threats – Security, and Driver Distraction – these will be addressed both during development before installation, and as an ongoing service after. Much as I have been doing, whilst writing this, security scans and updates will be applied in the background to motor vehicles – cars, HGV’s, and maybe even boats and motorbikes (all of which are parked/moored-up at various times during each & every day) – as a matter of course. I must repeat, this is only providing they are located in secured/known locations where the wifi available is both stable and rigorously maintained against intruders. Current mobile two-step verification techniques make this perfectly feasible.

Distraction will always be harder to police – think of how difficult it is today to avoid distractions whilst behind the wheel – it’s a human thing, which, conversely, will actually be improved by the benefits of having software on board which is constantly monitoring for dangers on the road ahead and all-round, as well as some obvious ones in the cabin, and under the hood too.

Manufacturers MUST be encouraged to “design out” the use of centre consoles for screens – many have, to date, simply replaced CD/Radio units with the latest equivalent – far too low down, and thus not in “Line of Sight”. NOT GOOD ENOUGH – the “pop-ups” from Audi and BMW lay down the future direction, until Heads-Up Display technology can be better tuned for the automobile (work in progress). 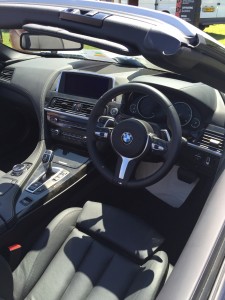 Like many technological changes over the last 20 years, there will be lovers and haters, but familiarity will mean that many services offered in or by our connected cars will already be known to us, and used everyday on our smartphones – the strengths of AndroidAuto & Apple’s CarPlay will be that they appear just the same. We already talk to Siri, or use Google Maps, so it is logical that we see them from behind the wheel, built in, not just on our phone.

When you consider the major achievements – taken today as the norm – of cramming in so much technology into such a small space in our handhelds, the amount of “spare space” in an automobile is phenomenal. The three phones I normally carry represent a major lump if I try to hold them in one hand, but are of absolutely no consequence in the car – three different operating systems, three different carriers (= a signal almost anywhere), three times the processing power.

This concept is going to be a key consideration in the future – better access can translate into greater productivity, especially with the availability of more, improved, cross-platform apps on offer.

On the inevitable move towards “autonomous” – where the car “drives itself” with little or no human intervention – many people have already become familiar with cruise control, so “hands off” on high speed clearways is most likely to be the next step – you program it in, and the car will ask if you would like it to take control as you move onto the freeway.

Convenience – suddenly the car will become an extension of our connected existence, if we want it to be. Whilst many connected car benefits, like safe stopping and lane control, will be part of the automotive operating systems, we will not be forced to listen to music, send emails & texts, or even make phone calls, we will be able to do so if we wish. “Find my phone” will become “Find my car”, or more likely, it will come to find you!

We will even be able to have our online shopping delivered to our cars, if plans by Audi and Amazon are adopted more widely.

New relationships will be made, and some older ones will be shaken to the core. Automakers “can’t see the car as a vehicle anymore, but as a big moving mobile device,” said Francis Man, the head of Interior Electronics Solutions in China for Continental Automotive.

Without really thinking about it, we have all become reliant on Over the Air updates for much of the handheld technology we use in our day-to-day lives, so it comes as no surprise that, as we expect, and see, our familiar mobile interfaces, and all they represent, move into our cars, OTA will soon become commonplace there too. Tesla already works this way, and many other manufacturers will be only too pleased to follow suit – they make considerable savings, and the customer gains comfort and convenience that was the stuff of science fiction just 10 years ago.

These examples will be multiplied many times over when you add in all the static IoT beacons that will be deployed by retailers over the coming years, starting right now, but that’s another part of the story.

Howard has found himself bringing another level of computerization to every role he has performed since the mid-80’s. In automotive since 1978, and social media for the last 7 years, the ever-present mobile phone has now merged with both in #ConnectedCars for what promises to be a very exciting future!

Filed Under: All
← Privacy vs Convenience
ALL THINGS BRIGHT & CONNECTED →
Tweets by @hojomo